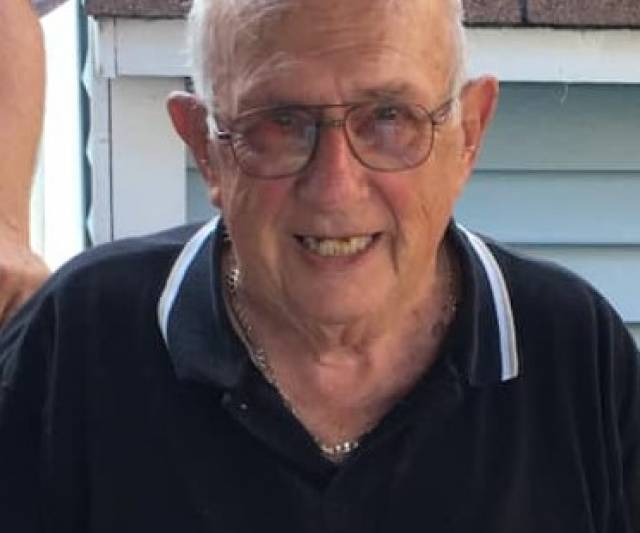 Suddenly entered into rest at the Belleville General Hospital on Thursday, March 28th, 2019.  Roy Cirotto of R R 7, Belleville died at the age of 90.  He was the son of the late Antonio & Santa Cirotto (nee Borsato) and husband of Brenda (formerly Clapp, nee Hannah).  Loving father of Dianne McQuiad (Wayne) of Belleville, Mike Cirotto (Janet) and Rob Cirotto (Elaine) all of Trenton and step-father of Shawn Clapp (Carolyn) of Belleville, Kimberley Leckie (Kent) of Kitchener.  Roy was the special Nono to Lyndsey, Karalee, Torianne, Hayley, Kaitland, Braden, and Kailen and great-nono of Axel.  He is survived by his brother Valiero (Nora Joan) of Trail, BC and predeceased by his sister Rose Lippa.  Roy was the brother-in-law of Gerry Hannah (Diane) of Oakville, Cheryl Marlin (Steve) of Belleville, Terry Hannah of Belleville, Tim Hannah (Wanda) of Trenton.  Roy will be fondly remembered by his many nieces and nephews.  He will be missed by his furry family and best friends, Nina, Rosey and Sophie.

In keeping with Roy’s wishes, cremation has taken place under the care of the Belleville Funeral Home & Chapel, 68 North Front Street, Belleville (613-968-5080).  If desired, donations to the Heart & Stroke Foundation or the Quinte Humane Society would be appreciated by the family.  Online condolences at: www.rushnellfamilyservices.com

Charitable donations in Roy's memory may be made to: