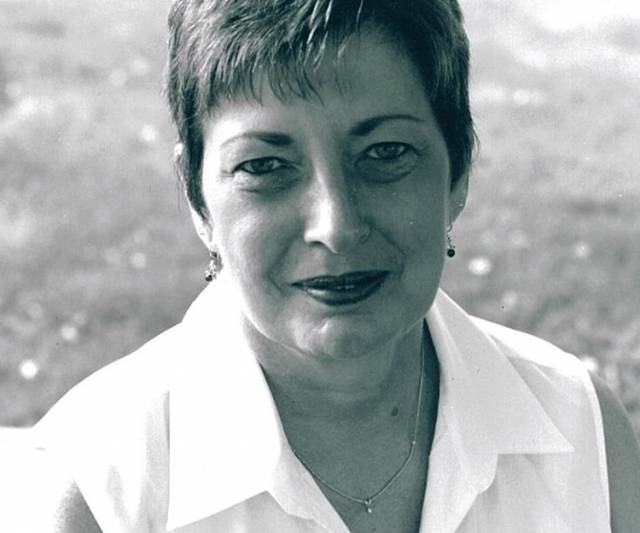 Maria Jayne Pollard (nee Heasman), of Stirling, passed away suddenly on the evening of Friday March 30, 2018 surrounded by family in Belleville General Hospital.

A visitation will be held on Wednesday evening April 4th, 2018 from 6pm – 9pm at the Stirling Funeral Chapel at 87 James Street, Stirling, Ontario.

A celebration of the joy and light that Maria brought to this world will take place on Thursday April 5th at 1 pm at St. Paul’s United Church in Stirling, followed by a luncheon at the church.  A private family interment service will be held at a later date.

Maria was born in Belleville on August 28, 1949 to proud parents Ed and Isabel Heasman and big brother Dennis.  She attended the River Valley and Stirling High Schools and was very active in sports, before entering the Nursing program at Belleville General Hospital, graduating with top honours in the final class including the Pediatric Award.  On June 1, 1974 she married her soulmate and the love of her life, Brian; they went arm in arm into the world to continue her goal of making it a better place.

Maria is predeceased by her parents Ed and Isabel and her beloved Sasha (dog).  She is survived and lovingly remembered by her husband Brian (aka “Dimples”), daughter Kristine, son Kael (Leanne), and the centre of her universe - her two granddaughter’s Addison and Alexandra, her brother Dennis and his wife and Maria’s lifelong friend of over 50 years, Linda.  She was a sister-in-law to Tony (Judy) and Sue (Steve), and Auntie “Em” to a large extended family both near and far.

Maria loved her family deeply and found some of her greatest joy traveling with them, whether in a hockey arena or courtside in gyms across the province, to camping across the country of Canada she loved so much.  Over the years she was active in supporting various community organizations, and lending a helping hand to make someone’s day just a little brighter with her smile.  She loved to travel and see the world, and had many great trips with close family and friends.  Over the last 9 years some of her greatest joy has been to see her two granddaughters’ grow in to strong independent girls that have followed in their Nana’s footsteps to never let anything stand in their way.

The family wishes to extend their most heartfelt thanks and gratitude to the care and heroic efforts of the members of both the Hastings-Quinte Paramedic Service and the entire care team at the Belleville General Hospital Emergency department, and the hospital as a whole for the world class care and compassion she received; BGH always held a special place in Maria’s heart.

In lieu of flowers, the family is asking that a memorial donation be made to support the creation of an award in Maria’s name for a deserving student at the Loyalist College Nursing Program.   Online condolences at: www.rushnellfamilyservices.com

Beyond the Headlines - situation changing in Ukraine inquinte.ca/story/beyond-t…