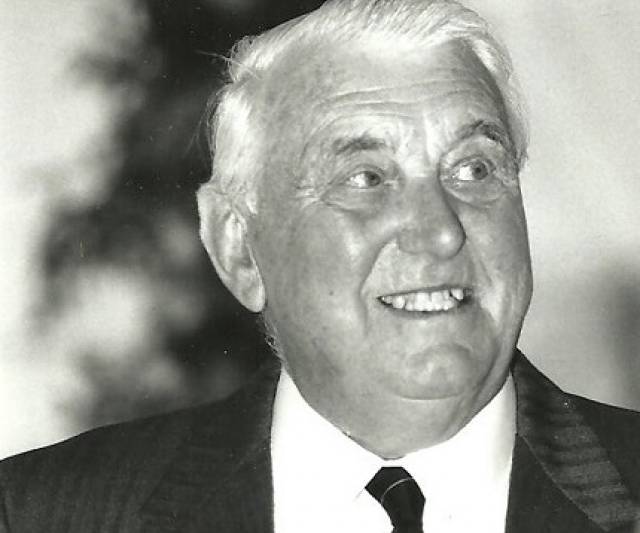 It is with great sadness that the family of Maurice “Dick” Morgan announce his passing on Thursday, December 14th, 2017 at the Belmont Long Term Care Facility, Belleville at the age of 100.  Dick Morgan, of Belleville, formerly of Ottawa, ON, Halifax, NS and Cornwall, England, was the son of the late Harry Morgan and Winnifred (nee Anning) and loving husband of the late Pamela “Pam” (nee Wilkinson).  Dick was the beloved father of Liz Marshall (Christopher) of Belleville, Sheila Evans (Owen) of Ottawa and Veronica Leonard (Colin) of Belleville.  He is survived by his only sister Barbara Lavers of Maidenhead, England.  Dick was the cherished grandfather of Michael, Jason, and Lucas Marshall; Steven Tor, Storm, and Adam Boswick; Zoe Beaulac, Bronwen Gagne, and Geoffrey Leonard; and by his 13 great-grandchildren.  Uncle Dick is fondly remembered by his many nieces and nephews in England.

In keeping with Dick’s wishes, cremation has taken place under the direction of the John R. Bush Funeral Home, 80 Highland Avenue, Belleville (613-968-5588).  A Celebration of Dick’s Life will be held at a later date.  A complete history of Dick’s life and career can be found at: http://bulletin.cmos.ca/cmos-founding-member-dick-morgan-turns-100/  Dick’s ashes will be returned home to Cornwall, England, where they will be scattered at sea.  Donations in Dick’s memory can be directed to the Heart & Stroke Foundation, Hospice Quinte, or to a charity of choice.  Online condolences at: www.rushnellfamilyservices.com

Charitable donations in M. R. "Dick"'s memory may be made to: