CORKERY, Lorraine Mabel – entered into rest at the Kingston General Hospital on Sunday, July 8th, 2018. Lorraine Corkery, of Frankford, at the age of 78 Years. Daughter of the late Roy and Gladys Hart (nee McCracken). Beloved wife of Jerry Corkery. Loving mother of Daniel Corkery of Oshawa, Joseph Corkery of Frankford, the late Mark Peter, Susan Dopking (late Charles) of Trenton, and Lisa Corkery of Victoria, British Columbia. Dear grandmother of Ryan and Sabrina. Lorraine was born in Cramahe Township and resided in Grafton, Ontario in her childhood. She attended Cobourg Collegiate High School where she met her future husband of 58 years, married June 25th 1960. Lorraine and Jerry started their family in Scarborough, later relocated to Trenton and settled permanently in Frankford in 1967. Lorraine stayed at home to raise her children but worked for a period at the Frankford Credit Union. She was a parishioner of St. Francis of Assisi in Frankford and an active member of the Catholic Women's League. She has volunteered her time assisting with gardens at the parish and rectory, as well as volunteering at the Food Bank. Lorraine's absence will leave a space in the lives of many friends and neighbours as well as her extended family. She will be remembered by everyone by her caring sense of duty to her community, but above all her extraordinarily sweet and gentle presence. Resting at the FRANKFORD FUNERAL CHAPEL (613-398-6400) 40 North Trent Street, Frankford, on Friday from 7:00 to 9:00 p.m. Mass of the Resurrection will be offered from Saint Francis of Assisi Roman Catholic Church, Riverside Parkway, Frankford, on Saturday, July 14th, 2018 at 11:00 a.m. Father Don Oberwarth officiating. If desired, donations may be made to the Kingston General Hospital Foundation Oncology Department, or the Kingston General Hospital Auxillary. Online condolences at. www.rushnellfamilyservices.com

Charitable donations in Lorraine's memory may be made to: 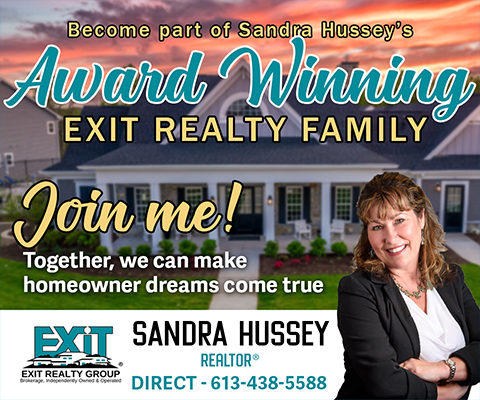