WILSON, JOHN THEODORE -
Peacefully entered into rest at the Belmont Long Term Care Facility, Belleville on Tuesday, January 8, 2019.  John Wilson, formerly of R. R. 2, Stirling died at the age of 90.  He was the son of the late Ernest & Eunice Wilson (nee Sprackett) and husband of the late Shirley (nee Gough).  John was the loving father of Linda Dustin (late Kevin) of Belleville, Caroline Dryden (Duane) of Stirling, Janet Dennis (Harry) of Madoc, Gary of Stirling, Shelley Wilson (Ottmar Haegele) of Plainfield, and Ernest Wilson (Tammy) of Napanee.  He is predeceased by his brothers Charles, Gerald, George, and Clifford and by his sisters Lorena, Norma, Doris and Marjorie.  John will be fondly remembered by all of his grandchildren, great grandchildren, nieces and nephews.

Mr. Wilson is resting at the John R. Bush Funeral Home, 80 Highland Avenue, Belleville (613-968-5588) for visitation on Friday, January 11, 2019 beginning at 12 noon.  Funeral Service in the Chapel at 1 p.m.  Rev. Bob Matheson officiating.  Interment at Elmwood Cemetery, Corbyville.  Reception to follow the interment at Emmanuel United Church, Foxboro.  If desired, donations to Diabetes Canada would be appreciated by his family.  Online condolences at: www.rushnellfamilyservices.com 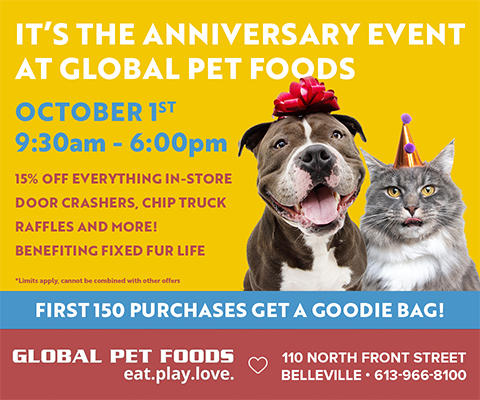