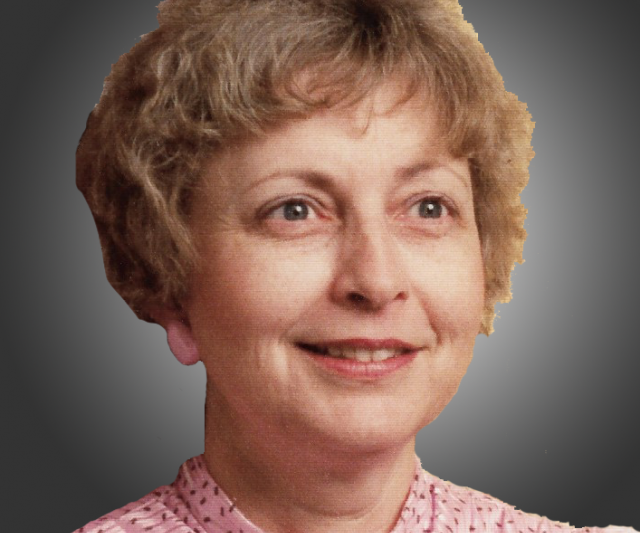 GOLTZ, E. Joanne -
Peacefully entered into rest on Wednesday, February 13th, 2019 at the Kingston General Hospital.  Joanne Goltz of Belleville died at the age of 70.  She was the daughter of the late John & Elsie Elliott (nee McLeod) and beloved wife of 47 years to Wally.  Joanne was the loving mother of Sonia Goltz(Jen Hole) of Kingston and Mark Goltz(Juliana Lacelle) of Ottawa.  She was the cherished grandmother of Owen, Callan and Ocean.  Joanne is survived by her sister Tammy Cleveland, and her brothers John Elliott, Bill Elliott and Shayne Elliott, all of B.C. and will be fondly remembered by her many nieces and nephews.
Joanne is resting at the JOHN R. BUSH FUNERAL HOME, 80 Highland Avenue, Belleville (613-968-5588) for visitation on Thursday, February 21st, 2019 from 6 p.m. until 8 p.m.  Cremation has taken place.  If desired, donations in Joanne’s memory to the Multiple Sclerosis Society would be appreciated by the family.  Online condolences at: www.rushnellfamilyservices.com

Charitable donations in Joanne's memory may be made to:

POLICE BEAT:  A drug arrest and an assault